Yesterday’s FA Women’s Super League tie seen Lincoln Ladies travel to Liverpool’s Halton Stadium. Both sides were forced to make changes to their back lines, Lincoln’s Casey Stoney out with injured and Whitney Engen away for us on international duty. Lucy Bronze moved into the centre of defence with Becky Easton returning to the starting line up at right back. 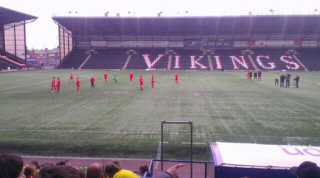 It was a nervy start from the reds which was further impounded when captain Gemma Bonner went down with a head injury and had to leave the pitch for stitches. With Liverpool down to 10 players Lincoln were gifted a chance when Carla Cantrell seized on a back pass to make it 0-1. Once Bonner returned to the field Liverpool grew in confidence, Fara Williams and Katrin controlled the midfield and we really began to dominate possession. Ten minutes after the Lincoln goal Natasha Dowie fired in her 8th goal of the season so far and should have won a penalty towards the end of the first 45. Louise Fors also had another brilliant game down the left and her free kick just before half time ricocheted  off the cross bar.

Liverpool began the 2nd half the way they finished the first – dominating the possession and our midfield controlling the game. Nicole Rolser attracted a lot of fouls from Lincoln, who were probably frustrated by her skills down the right wing. Liverpool took the lead when a Fara Williams shot/ cross deflected into the goal off the defender and shortly afterwards Louise Fors scored a well deserved goal to give us a 2 goal cushion. Lincoln then pulled a goal back, Squantrill had no chance against Precious Hamilton’s strike from outside the box. Hamilton’s goal gave Lincoln an injection of confidence in the latter stages of the game but Liverpool hung on and substitute Lillie Billson was unlucky not to extend our lead with a great chance. In injury time Lincoln won a corner which even their goalkeeper Karen Bardsley came up for but Liverpool cleared with ease.

Some points from the game:

This result seen us go joint top of the league with Bristol Academy, however they were beaten 3-2 by Arsenal tonight meaning we go top on goal difference! Our next game is on Tuesday 4th  June and it is derby day away at Everton! Everton play their home games at Marine FC’s ground in Crosby. It’s a great little stadium, you can get tickets on the gate Adult £5, Child £2.50 and Adult/ Child ticket £6.

Should have the Everton match preview up in the next couple of days, thanks for reading. 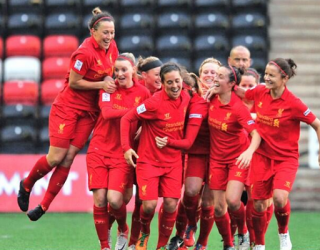