Twitter is sometimes a hard place to keep track of important (and not so important) news, so from this week you can catch up with all the latest Liverpool Ladies news here every Friday night. This first round up will also carry a couple of items across from last week. 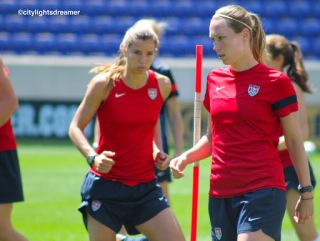 Next week may be slightly quieter on the news front, the main event next week will be the England friendly against Japan on Wednesday in which we will hopefully see some of our reds! Thanks for reading.