Following a late ground change, the game from moved from Ford Sports & Social Club to the more familiar surroundings of the Select Stadium.

Liverpool had two U17 players in the starting 11, Rachel Robinson starting alongside captain Sophia Riccio at centre-back and Jessica Davenport on the right of midfield. Olivia Wild and Emilie Revitt the two full-backs, with Megan Alexander playing left wing and Grace Vella and Vicky Rumsey in the centre of midfield. Another U17 graduate Mollie Green, who had 2 goals in 3 games before tonight, started just behind Beth Donoghue up front. Gemma Jackson in goal.

Immediately looking to attack from the opening whistle, Liverpool hit the ball forward for Beth Donoghue and Mollie Green to chase but Everton managed to clear.

Within 5 minutes Liverpool had opened the scoring, Sophia Riccio intercepting the Everton attack and hitting the ball forward. Beth Donoghue collected the ball in midfield and made a brilliant run past the defender, finishing well for her 7th goal of the season. 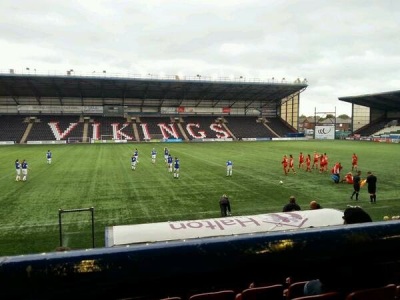 Boosted by her goal, Donoghue went from strength to strength throughout the first-half; minutes after scoring coming out wide to assist Emilie Revitt on the left wing, beating her marker and putting an inch-perfect cross into the box for Mollie Green, who’s header was caught by the keeper.

Then again on another dazzling run forward, rounding the keeper and getting a strike in on goal. The Everton defender doing just enough to poke the ball wide, Megan Alexander almost getting there for the rebound. Donoghue was causing Everton all kinds of trouble.

Olivia Wild and Emilie Revitt were also causing the blues trouble down the flanks; Wild at first doing well to retain possession when surrounded by three blue shirts, doing just enough to get the ball back to Riccio who’s ball forward to Green was caught by the goalkeeper. Next it was Revitt doing well to find Donoghue in space, but this time the strikers cross was intercepted.

Following a period of sustained Liverpool pressure, where the reds could easily have scored 3 or 4, Revitt was forced off with an injury – replaced by Eve Kennerley. The substitution and brief break in play seemed to slow the tempo of the game, this suited Everton who began to drag themselves back into the game. 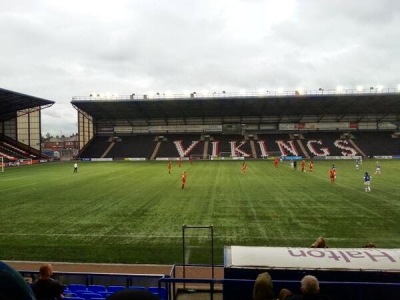 Both in the 10 minutes before half-time and the first 15 minutes of the second half, Liverpool found themselves facing a revived Everton attack. All credit for not conceding during this time to the Liverpool back four who stood strong; on the one time the blues looked as though they had beaten Sophia Riccio, Rachel Robinson did brilliantly to get across and force the attack back out to the wing.

Robinson and Riccio made for a good centre-back pairing, the former with a number of crucial blocks on her second appearance for the development squad.

Megan Alexander had a fantastic 90 minutes, constantly creating space for herself on the left wing and assisting both the Liverpool attack and defence – a number of interceptions in particular in the second half. One nice move seen the winger leaving her marker behind, making a great run up the wing but the through ball to Donoghue took a deflection slowing it down and meaning the keeper got there first.

Under pressure from Everton, Liverpool brought Yasmine Swarbrick on for Jessica Davenport with 30 minutes remaining. Swarbrick got stuck in immediately, winning the ball back, pressing and closing down players.

Liverpool began to see more of the ball and started to again search for a second, one strike blocked seen the ball fall to Alexander on the edge of the area – her strike going out for a goal kick. The goal kick was taken short, Beth Donoghue chased causing a shaky moment for the blues defence and they hastily cleared the ball out for a throw.

Swarbrick and Donoghue linked well, first Donoghue breaking from a corner but her final pass was intercepted. Minutes later the striker was able to find Swarbrick however surrounded by blue shirts she couldn’t get the ball back to her.

Eventually the second goal came, Swarbrick picking out Donoghue’s run into the box, Donoghue skipping past the defender and confidently finishing past the goalkeeper. Beth Donoghue is now the development squad’s top scorer with 8 goals, prior to this game she tied Claudia Walker with 6.

Donoghue almost had her hat-trick after shrugging off a foul from the defender, the referee indicating play on, the shot was saved and Swarbrick almost got there for the rebound.

Credit must be given to Everton, who have some brilliant players in their development squad. The stand out player for the blues was Charlie Fitpatrick who had an ongoing midfield battle with Grace Vella and Vicky Rumsey,while it was also good to see Paige Williams come on as a second half substitute and continue her return from injury. The blues pulled a goal back just before full-time with a well taken effort from distance. 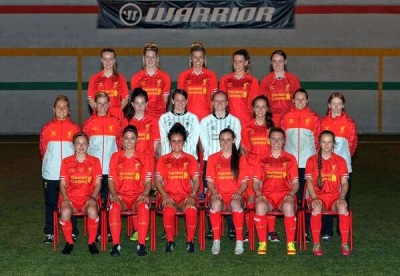 Overall a brilliant performance from the team, the attacking movement going forward was entertaining to watch. Donoghue’s blinding pace and Liverpool’s pressing on both wings making it difficult for Everton to mark while under pressure the defence was solid, not one player had a bad shift.

Next up for the development squad they’re at home on Sunday 25th May at 2pm kick off, this will unfortunately be the last development game I will be able to cover for the blog this season but, if you can, make sure you get down to Birmingham on Saturday 31st May to support the girls in their cup final vs Arsenal Ladies.