Norwegian duo Ingrid Ryland and Line Smorsgard completed the set of players announced to have been released by Liverpool earlier this afternoon. 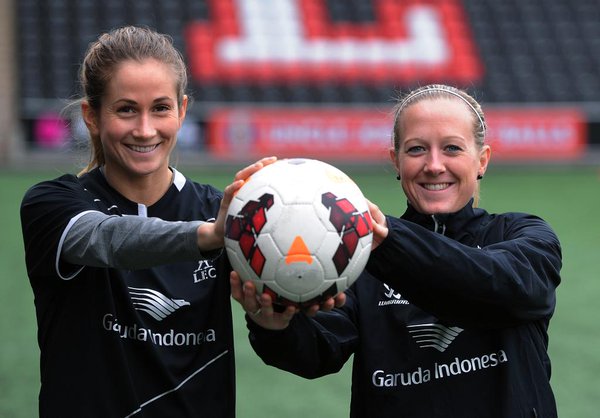 The pair arrived last winter as Matt Beard looked to bolster his squad for the 2015 campaign however injuries limited their time on the pitch.

Line scored in one of the most memorable games of this season, netting the winning goal in a 2-1 win over Manchester City back in April – almost doubling her tally minutes later.

Ingrid hit form towards the end of the season, named Player on the Match on multiple occasions by followers of LFCladiesfans and wrote a fantastic blog which she shared over the weekend detailing her time in Liverpool. Read that here.

Good luck to both players in the future, wishing you both all the best with your next clubs. You’ll never walk alone.